So you’ve finally done it. You’re an Otaku in your twenties or thirties, you’ve met a great partner and you decided to release a clone of yourself into the world. The spawn is still young, so you can’t expose it to the nitty gritty of the anime world just yet, but you desperately want to share your love of animated storytelling with them. And that’s a great thing. I believe that if you are going to spawn, you should at least give your off spring a good education in entertainment.

Well never fear, Senpai is here! I’ve created a list of kid friendly anime that you can watch with your spawn and probably enjoy as much as they do. You can thank me later. 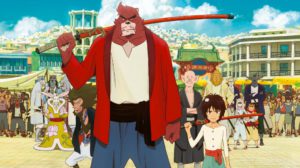 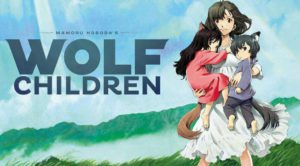 Despite the fact that it’s set in an other world brothel, it’s actually a bath house but people like to think it’s a brothel cause the west is a little sex obsessed, this is probably one of Miyazaki’s most beautiful creations. As a kid, Spirited Away was a huge inspiration for me and like most Studio Ghibli films, it is a great influence on young girls, teaching them that they have their own courage and inner strength.

The Beast and The Boy

If Spirited Away is a good influence for young girls then The Beast and The Boy is a really good one for young boys. It’s speaks to the stubbornness of boys while teaching them about honour and the relationship between a teacher (or father) and his student (son). The two main characters have a typical male bond, forged through insults but strong as steel. It’s also a great story to watch with your son this Fathers Day.

Wolf Children is so amazingly constructed that it manages to speak to both parents and their children on a deep emotional level. Simply put this story helps both kids and their parents understand where the other is coming from, while also showing children how to deal with growth and change. This anime is simply beautiful in every way.

This is definitely one for the kids. Kiki’s Delivery Service is no doubt beautiful, and it has it’s appeal for adults but it doesn’t really challenge any ones point of view. If anything it serves as a lesson for kids to be a good person and reminds adults that there is nothing wrong with being a good person.

Ponyo was a little weird for me, as an adult you will see the deeper meaning in this outlandish tale, but as a kid all you really see is the story of a creature who learns to be human. The lesson is to see things in a different light and be less serious about life.

To be honest I think Pokemon is a really shit story for kids. It teaches them that as long as you have a goal you can be an ass to just about any one who crosses your path. Whether you are right or wrong doesn’t matter either as long as you’re winning. But then again that’s just an adults perspective. I would however still show it to kids…

Why? Cause Team Rocket taught me what a real friendship is.

Laputa: Castle in the Sky

This film gets very little attention despite actually being really good. Fair enough, I don’t think it is on the same level as Nausicaa or Howls Moving Castle but it is most certainly one of the greats in my opinion. Additionally, this is one of those Ghibli films that was certainly aimed at kids, it’s full of fun and adventure and teaches children how to explore and be open to the world.

Do I seriously have to justify this one? This series has just about everything, perseverance, team work, sacrifice, food, the after life, giant monkeys, green aliens, purple aliens, androids, massive explosions, more food, Vegeta. What more do you want? Flying cars? Well it has that to.

Probably one of Miyazaki’s most light hearted films, Porco Rosso is about life and living it. It’s also about planes, dog fights, love, magic and giving it all you got. Porco Rosso is a great story for both boys and girls and it’s very entertaining even for adults. I think I’ve watched it about 3 times now.

Squid Girl is the story of a sea deity that decides to leave the ocean in order to seek vengeance on the human race for polluting the sea. But she just ends up being a blue haired girl with weird tentacles. The series was a great way to teach kids about the ocean and the dangers of pollution while also being largely entertaining for kids and parents.

It’s actually a shame that I am too lazy to list more than 10 anime in this list because there is a lot of anime out there aimed at kids that will not only keep them entertained but also teach them valuable life lessons.

So that’s it guys, that’s my top 10 kid friendly anime. Remember to watch whatever you choose to show your kids before hand as we all know there are some really mean trolls out there. You wouldn’t want your kids to end up watching Bible Black just because you didn’t bother to screening it first.

Buy any 10 color dyes and get 5 FREE. Comment your 5 FREE colors at checkout under special instructions.
+